I’ve been digging around the web after fixing an issue this afternoon @ work where Cookies added to the HttpServletResponse weren’t being properly reflected in the response headers because our Servlet had already retrieved the response’s PrintWriter (i.e. response.getWriter()) before we added the cookies. I’m now aware that best practices dictate that response header modifications (i.e. setting content type, adding/editing Cookies, etc.) must be done prior to a call to getWriter() but, what I’m looking for is: Why?

We’ve been speculating about why retrieving the PrintWriter in effect freezes the response headers but why definitively does the Servlet specification enforce that?

So the spec doesn’t explicitly mention getWriter() having an effect on setting headers.

However, your servlet container implementation may have chosen to treat the response as having been comitted once getWriter() is called. That is subtly different.

In some of the containers I’ve worked with you get a warning logged when you attempt to set a header after the response has been comitted.

It is always worth calling getWriter() as late as possible, as you may want the opportunity to set the character encoding, etc, which must be set before getWriter() is called.

I am making a chessboard in javascript. The chessboard’s squares (buttons) were originally designed to be 60px by 60px, but now they are 40px by 40px. 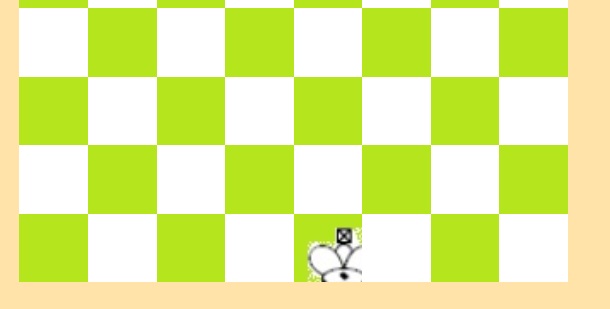 If the WhiteKing.jpg had shrunk proportionally, it would have fit nicely. Is there a way to do this in Javascript? Any help would be really appreciated.

Most modern browsers have support for CSS background-image options like background-size, so you may really use something like this:

Of course you can use that in JavaScript too (but it’s better to add it to already existing CSS for button):

Im trying to run this in IE 8 but it doesn’t work, any idea? It works in Firefox, Chrome, Opera…

window.attachEvent is defined and the event listener added. But it never shows “test!” alert.

I read something about useCapture flag, which is possible to use in the other methods. It captures the key press on the window before the event “goes down”. Internet Explorer doesn’t seem to allow/use this. Is that the problem? If yes, how can I solve it?

I’m using the maven jaxb2 plugin to generate Java classes, built from schemas in a jar. However, I’m not sure how to correctly locate to these schemas from a bindings file. If Iextract the schemas from the jar and drop them in the same directory as the bindings, all is well. However, this isn’t a practical long term solution.

But it does not at the moment. Please file an issue, I’ll try to fix it.

What does work now is SCD-based binding:

So you don’t actually need to bind based on a specific schema location, you can bind based on the namespace URI, which is theoretically better.

Practically I have an experience that SCD-bindings don’t always work reliably.

See this link for more information SCD usage in JAXB.

Implementing the DatePicker or DatePickerDialog in Android is easy. But when it comes to data storage, I have a problem with those classes:

If you use the spinners (+ or – button) to change the date, everything works fine. The event “Date changed” or “Date set” is called and you can get the values that the user entered.

But when the year is manually entered into the input field (via keyboard) and the user then clicks “Save” in the dialog, there won’t be any event called and you won’t get that manually entered value.

It only works when the user changes something with the sliders again after manually entering the year. Because when you use the sliders, the events are fired.

Is this normal behaviour? How can I achieve the desired behaviour, namely that an event is fired when the user enteres something manually and then clicks “Save”?

Just clear focus, and android will set the number from manual input.

This must be working.