I’ve got pretty strange example to work on… I need to fill a circle with 1×1 pixels, all with different colors in a browser.

The case is, it super slow (as you can imagine, loop goes 40k times for 200×200 image), I thought maybe a better way will be drawing It on canvas? And I need to draw a circle filled with this pixels in the end…

I’m just curious what do you guys think, and what is the best way to do something like this? 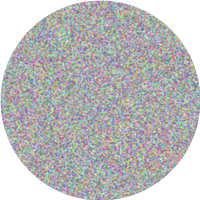 I have been developing android mobile apps via eclipse in school for some time now, deploying the apps to virtual devices. However, I now want to deploy them to my LG G2 android device for testing and speed purposes. I know there are posts about other devices not working, but the solutions are to no avail for me.

I am on virtualbox running windows 7. I have the necessary vb extensions installed and vb DOES detect my LG G2 (asks to view folders..etc), however eclipse/adb on my vb cannot find it still.

I have put what I thought is the proper device vendor id (1004, 0232) in the adb_usb.ini file since some others found that to help get their device detected.

I have done the commands adb kill-server & start-server many times. I have restarted the phone and vb also. I have also tried all of the phones connection types (internet/ethernet, MTP)

Some help would be awesome,
Thanks fellas

When you plug the phone in, you are given options for the “USB connection method”.

You must select Internet connection or Send Images (PTP) from the list in order to use USB Debugging tools.

For selecting Internet Connection, the other options sometimes include Charge phone, Media sync, and Camera.

For selecting Send Images (PTP), the other options sometimes include Charge Phone and Media Device (MTP).

I have a WordPress site that I would like to use a jQuery plugin called DataTables. I’ve been having troubling figuring out the right way to load the jQuery script and the DataTables script into WordPress.

I know I’m supposed to use something with: wp_enqueue_script("jquery") – but I do not know where to put it or how to load the other jQuery plugin i need.

The last bit I tried was putting this in the header.php file for my WordPress site:

Any help would be greatly appreciated!

jQuery is included in WordPress core and when you include your javascript, you can declare that your script is dependent on jquery being loaded as the third parameter of wp_enqueue_script: http://codex.wordpress.org/Function_Reference/wp_enqueue_script.

The proper way to use wp_enqueue_script is to include it in a callback that is attached to a specific action hook. That sounded incredibly complicated to me when I started with WordPress, but it’s actually a really good system because it allows you to specify when your code should run during the initialization of WordPress.

So, in your functions.php or a plugin, you add your hook.

Then, in that function, you running the actual inclusion, and declare that your script is dependent on jquery.

The first parameter of wp_ennqueue_script() is an arbitrary name you are assigning to your script. If you were to then declare another script was dependent on the original one, that’s how you would refer to it in the third parameter.

I’m trying to define an optional query parameter that will map to a Long, but will be null when it is not present in the URL:

… and I essentially want to check if it was passed in or not:

However, I’m getting a compilation error:

Why can’t I do this, assigning null to be a default value for an expected Long optional query parameter? What’s an alternative way to do this?

Remember that the optional query parameter in your route is of type scala.Long, not java.lang.Long. Scala’s Long type is equivalent to Java’s primitive long, and cannot be assigned a value of null.

Changing id to be of type java.lang.Long should fix the compilation error, and is perhaps the simplest way to resolve your issue:

You could also try wrapping id in a Scala Option, seeing as this is the recommended way in Scala of handling optional values. However I don’t think that Play will map an optional Scala Long to an optional Java Long (or vice versa). You’ll either have to have a Java type in your route:

Or a Scala type in your Java code:

I want to create a hash with some parts of my request using Square’s Retrofit library. The RequestInterceptor does not help me because it does not provide information about the request, it just makes possible to add information to it. I need to access the HTTP verb, all the headers and the REST path to create the hash. The hash would be added to the Authorization header. Any ideas?

In order to accomplish this with Retrofit 1.9.0 the only way is to use OkHttp interceptors (https://github.com/square/okhttp/wiki/Interceptors). The following code uses OkHttp 2.2.0: