More generally, how should one go about implementing stateful stream operations? It feels like this should be possible:

With the obvious restriction that this works only on sequential streams. However, Stream.map explicitely requires a stateless map function. Am I right in missing a Stream.statefulMap or Stream.cumulative operation or is that missing the point of Java streams?

Compare for example to Haskell, where the scanl1 function solves exactly this example:

You can do this with an atomic number. For example:

I’ve used a Long to store the sums, because it’s entirely possible that two ints add up to well over Integer.MAX_VALUE, and a long has less of a chance of overflow.

I have two LocalTime objects:

How can I found different in minutes between them?

Use until or between, as described by the api

Say I have a menu (options_menu.xml) similar to the following:

which I inflate into the new Toolbar item 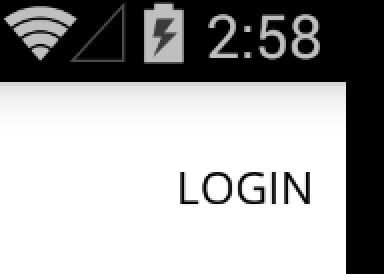 Is there a way to change this text color without using an image, changing the rest of the Toolbar text color, or by adding a custom view to the toolbar? Looking for an answer for minSdk 15 (appcompat).

In your theme file you have to put this :

and apply this theme to your Toolbar view like this :

android:theme=”@style/AppTheme.ActionBar” don’t forget this line in your toolbar

I have a pretty complex animation I need to code and I’m using a bunch of ObjectAnimators like the following:

Is it possible to group the X and Y translations into the same ObjectAnimator rather than creating a bunch of them then adding them all into an AnimatorSet?

Edit: There is a related issue being discussed on Github but in another mode of deployment (Typesafe Activator UI and not Docker).

I was trying to simulate a system reboot in order to verify the Docker restart policy which declares to be able to re-run containers in the correct order.

I have a Play framework application written in Java.

So: Why is the file containing the RUNNING_PID not deleted when the docker daemon stops, gets restartet and restarts previously run containers?

When I $ docker inspect playappcontainer, it tells me:

The main process inside the container will receive SIGTERM, and after a grace period, SIGKILL.

from the Docker reference on $ docker stop

To kill a running Play server, it is enough to send a SIGTERM to the process to properly shutdown the application.

from the Play Framework documentation on stopping a Play application

I sorted out a working workaround based on the answers and my further work on this question. If I start the containers as follows, they’ll be up after an (un)expected stop/restart. The conflicting RUNNING_PID file won’t prevent the container from restarting.

What it does is deleting the file containing the process ID which is put at a specific place using an option everytime before running the binary.