(Assuming upgrading to Spring 4 is constrained) What I have to do at the moment with Spring 3 looks like this:

Note that the source for the implementation of @CrossOrigin in Spring 4.2 is here.

My question is: How to do a @CrossOrigin annotation in Spring 3?

I ran into a new way of creating Comparator while doing exercises. Can anyone explain this a little bit?

In the past, I have only seen people doing this:

So the first example really seems novel to me(because I am a beginner?). It does make sense: desc could be an property/instance variable of class Checker which points to a new instance of Comparator class/interface. However are there more stories behind these two different ways of doing things? They all require creating a different class so I don’t see how either one could be more organized.

Both the syntax are absolutely correct. In first case you are simply using concept of anonymous class. In second you created a class Checker which implements compare method.

As a beginner it is much easier to understand second syntax other than that there is no difference between the two.

You can study more about anonymous class here –

If you want to use comparator at more places its better to use solution in separate class than anonymous one. Anonymous vs class solution is something like inline css style vs style classes.

I’m new to Android app development, trying to follow an intro book on the subject. After creating a blank project, I’m instructed to open the string.xml file, which is supposed to contained the element <string name="hello_world">Hello World!</string> in order to edit the default text of the TextView object. However, the file doesn’t contain this element. It only contains:

Perhaps this is a version issue? My install of the Android SDK is on Windows 10 with the latest API 23, whereas I think the book was published before API 23 was released.

The default project template has probably changed since the book was written.

Try creating a new project, and when asked, choose “Empty Activity” instead of “Blank Activity”. This should only include activity_main.xml

This doesn’t include the hello_world string in the resources however, so just add it yourself by adding a line with

Moreover, they decided to break the convention they had been going with for the default template. There is a TextView in the activity_main.xml layout, but it uses a hardcoded string, rather than a string resource.

If you modify the text attribute of this TextView to: @string/hello_world, you should be able to mirror the desired behavior that the book is asking for.

Here’s a page straight out from the official Android docs on String resources. It may help you understand it better: https://developer.android.com/guide/topics/resources/string-resource.html

I saw this pattern used in a configuration file for protractor.

To mean it means “all files inside test/e2e“. What kind of pattern is this? I think it’s not regex because of those unescaped slashes. Especially, why is there ** in the middle, not just test/e2e/*.spec.js?

I tried using the search engine, but did not find anything useful probably because the asterisks don’t work very well in search engines.

What kind of pattern is this?

It is called “glob“. The module glob is a popular implementation for Node, and appears to be the one used by Protractor.

If any one can be helpful please leave your comment. Cou can test the functionality in the Play store it enables the scroll of inner horizontal RecyclerView, even if the outer RecyclerView is scrolling. 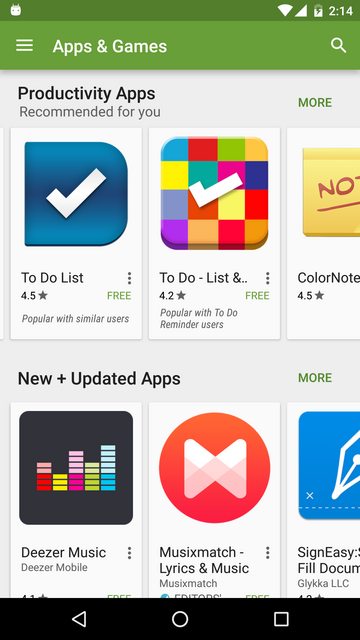 Here’s a tutorial for implementing such RecyclerView. You might also consider looking at the github repository as well.

And then set the touch listener to the view.