Anyone has any clue why this is happening?

I’m trying to display an uploaded picture (which is now a byte array) on a jsp page. Now, the byte[] column exists in the database and has to be converted to an image.

This is what I’ve been trying:

Part of the table on jsp page:

Part of the controller that takes an array of bytes from a MultipartFile object:

If any additional information is needed, please let me know. Thanks.

You can add a tranisent base64imageFile property to your User. It will hold the base64 encoded string of the image, which you can access in your jsp like

And in your method you should do the encoding, somethig like

IOUtils and Base64 are a handy util classes from org.apache.commons, shouldn’t have a problem finding

Is it possible to use this functionality by an external app, which then populates the sub menu?

The concept is called ACTION_PROCESS_TEXT and is available in Android 6:

Define an intent filter in your Manifest:

Then handle the intent in your activity:

You can only define one Action per Activity.

I downloaded the newst 1.8.65 JDK a few days ago an the javac file is missing

in case someone believes I accidently downloaded the JRE, here are 2 screenshots 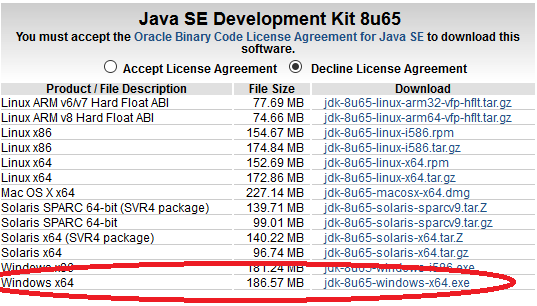 when I browse to the directory I installed the JDK in

the javac.exe file isn’t there where it should be, as you can see in this second screenshot 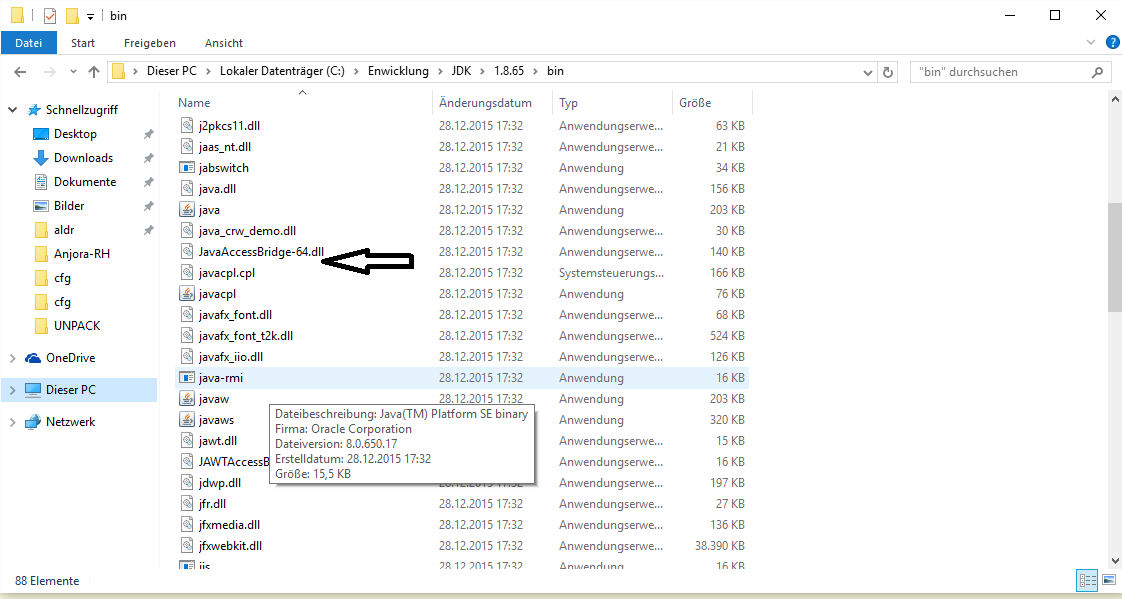 can anyone confirm this? tried to install the JDK a second time without any change.

EDIT: of course I searched the whole drive for a javac.exe, no match was found

I was able to solve the “problem” myself. after rechecking every letter of the installation process.

During installation, the installer asks you where you want to install the JDK 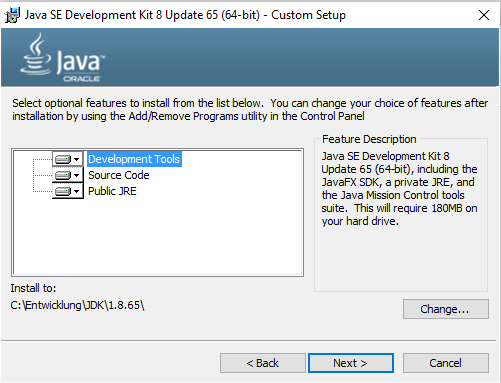 I chose the folder C:EnwicklungJDK1.8.65

A progress bar is displayed and installation continues

Then you are asked 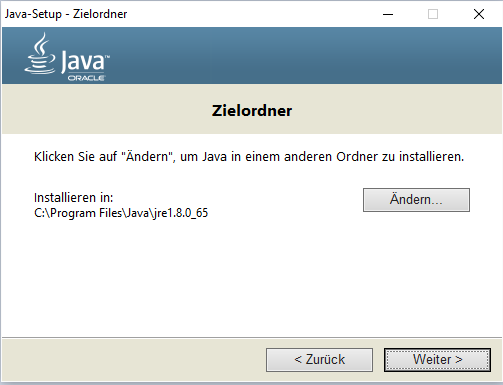 In this view, the installation process is asking in which folder I want to install Java

I chose the folder C:EntwicklungJDK1.8.65 again this leads to the following conflict

in C:EntwicklungJDK1.8.65 there was a bin folder of the JDK installation 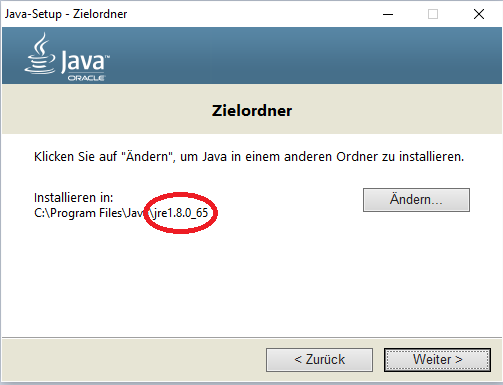 An unneeded mistake on my side. Unfortunately, the German installation process doesn’t state anywhere that the JRE is being installed except in the folder name of the Zielorder view and that it’s installed in the base folder structure.

In my defense, the installation process does not state explicitly that the JRE is being installed next and the installation, at least in this German version, doesn’t warn that folders and files are going to be overwritten, which is an undesirable effect from my point of view.

NOTE: I left the predefined folder name as C:Program FilesJavajre1.8.0_65 because otherwise after changing it to C:EntwicklungJDK1.8.65 there would have been no indication for you to know that the JRE is being installed

I need to load a property from a .yml file, which contains the path to a folder where the application can read files from.

I’m using the following code to inject the property:

The .yml file for development is located under src/main/resources/config/application.yml, im running the application with the following command in production, to override the development settings:

SpringApplication will load properties from application.properties files in the following locations and add them to the Spring Environment:

You can also use YAML (‘.yml’) files as an alternative to ‘.properties’.

And my Application class is annotated with:

When I run the application, i get an exception:

Do I have to use the YamlPropertySourceLoader class or add a special annotation to enable the support for .yml in Spring Boot?

Edit: The .yml file contains some other properties, which get successfully loaded by Spring Boot like dataSource.XXXor hibernate.XXX.

M. Deinum is right, the setup i’ve provided is working – the yml file was indented wrong, so the property couldn’t be found.