Is there a way to get the call stack when debugging nodeJS Promises in vscode? I see that support for async call stacks is supported in this GitHub issue but it looks like it pertains to vanilla JS callbacks.

Right now when I’m paused on a breakpoint, the call stack is tiny, even though I know this function is being called from another (couple) of functions.

EDIT: adding the "protocol": "inspector" attribute to the launch.json config adds some more stackframes, but it’s not very helpful:

All of my functions are returning promises, and the function in the screenshot is being called as one of the functions in a Promise.all() call.

Now in a lot of scenarios the Promise chain is flat, and goes the other way it was created:

At the point above when the first .then callback (1) executes, the only attached callback is (2), and as such he engine could generate an “async stacktrace”, showing at which functions the Promise chain continues.

Now for plain promises resolving these chains just to generate a stacktrace is a lot of overhead, however for async functions that await Promises it is pretty straightforward. Thus since NodeJS v12 (and in modern browsers) if you write the above like this instead:

then your debugger will show a proper async stacktrace (which gets generated as described above). You can find a more in depth explanation here.

I’m working on an android app and for some of my EditTexts I am currently using the input type “number” which displays a keypad with the arrangement that you typically see on phones with the “123” on the top row: 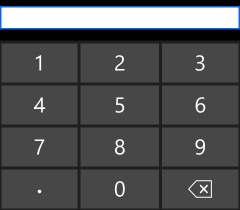 However, for reasons specific to the uses of this app, I would prefer a keypad with the style that you see on physical keyboards with the “123” on the bottom row: 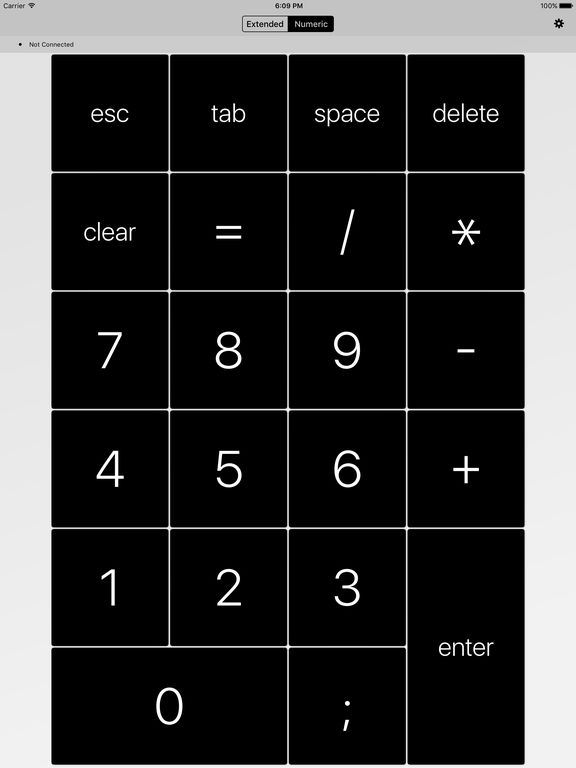 Does android have a keypad that looks like what you see on physical keyboards or would I have to make a custom input method if I wanted to achieve this?

Unfortunately there is no built-in parameter that swap “123” and “789” rows, so you have to make your own keyboard layout and handle the input.

I am having a hard time customizing the EditText select handle. I am following this thread:

How to change color / appearance of EditText select handle / anchor?

It looks like pretty straight forward. Yet, I can’t get it to work on landscape. Can anyone spot what I am doing wrong? I pretty much pasted the same code on a test activity but the anchor handles’ are always the same. I tried using styles as suggested and programmatically. Still I always get the same default blue anchors 🙁

I am on Nougat not sure if makes any difference.

You can use android:imeOptions to tell the system not to display editing UI in fullscreen. 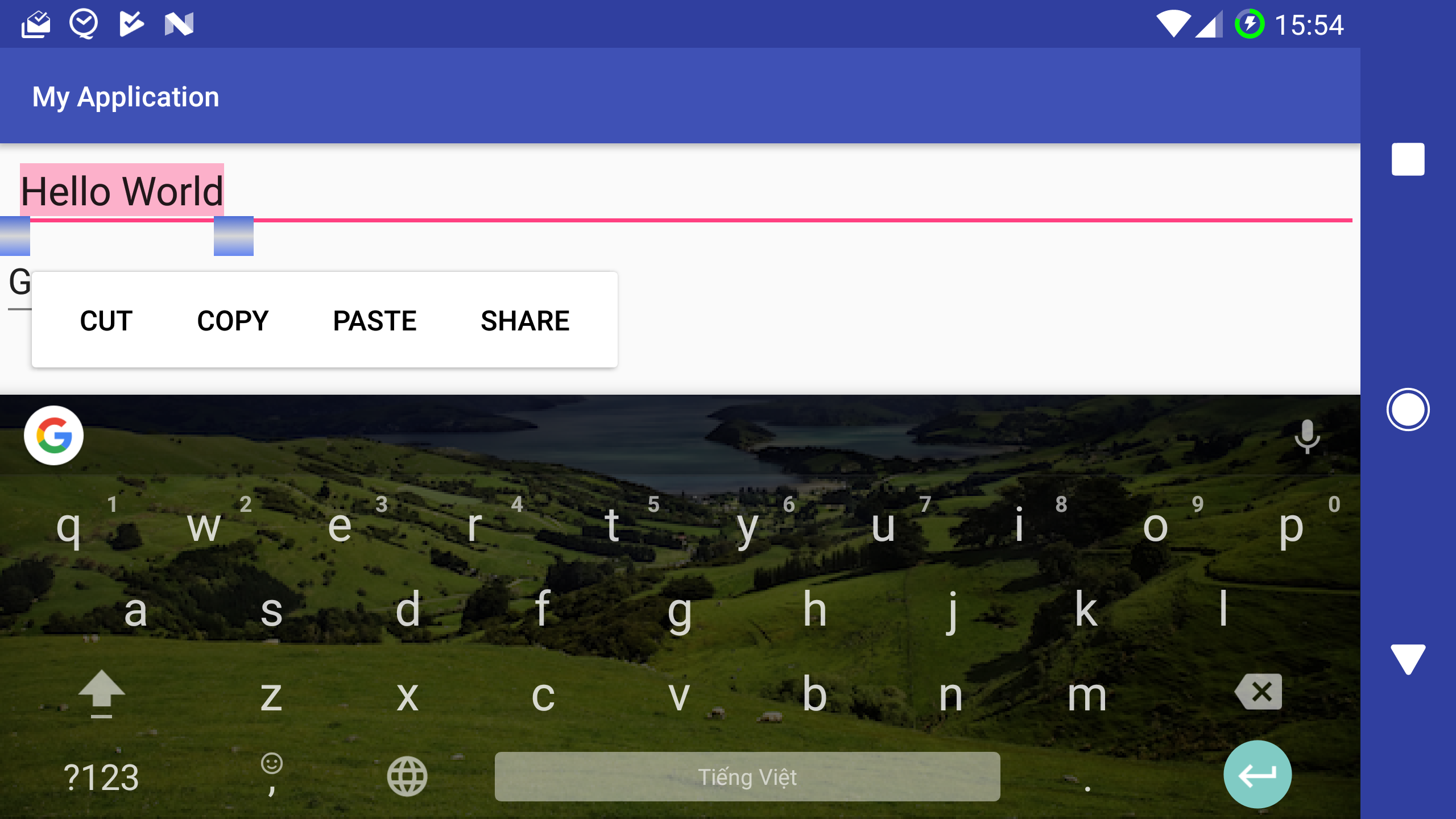 I realize its in alpha stage, however I’d like to know if the android architecture components like liveData and room have any minimum requirements ? such as min android api/sdk etc. I looked here
but its not showing me if there is any requirement. Can i assume i can use this right back to at least android ICS ?

Yes, you can assume that it goes back to ICS at least. Also starting support library version 26, minSdk becomes 14. So I assume new architecture libraries will be the same.

According to googlesamples, lowest API version is 14, which is Ice Cream Sandwich.

Here are the links to the gradle files for the minSdk 14 apps:

I have an ion-searchbar that, when clicked, opens a modal. However, currently the click process is actually taking two clicks, one to focus, one to open the modal. I have tried to add the click to the ion-toolbar it is contained in, and have tried to disable the ion-searchbar with [disabled]="true", but the disabled functionality isn’t available to the ion-searchbar. How can I trigger the new modal to open without having to double click, and in such a way that the focus doesn’t happen on the original searchbar?

Like you are saying, ion-searchbar doesn’t have a disabled functionnality.

But you can create your own searchbar, that will use ionic classes to avoid recoding it and you will be able to disable it.