My app was previously built while in the expo managed workflow. I did this using expo ba. Because android apps require that you release your app before you can add in-app-purchases, I uploaded this apk and released a beta using it.

I needed to switch to the bare workflow in order to implement in-app-purchases. Now, when trying to create a build to release the actual app, I am following the React Native instructions but must create another upload key in order to create a build(which is an aab this time).

On the play console it states

Upload key: The key you use to sign your first release. Sign every subsequent release with the same key to verify it’s from you. Keep your upload key safe. If it’s ever lost or compromised, contact developer support to replace it.

I’m pretty sure this is a problem because I used whatever expo was giving me to sign the original apk. I also cannot delete my original app and create a new app with the same bundle name because once an app is released it cannot be deleted.

To get the previously used keystore file run

Edit the file android/app/build.gradle to include the information above

Run the following in a terminal from the directory android

This will produce a file called app-release.aab inside the directory android/app/build/outputs/bundle/release/. Upload this file to the Google Playstore console

I need to implement next UI element: 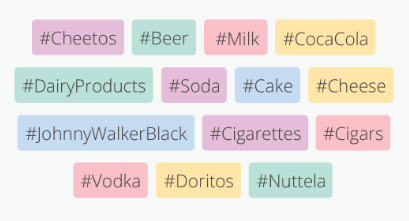 You can use FlowRow from accompanist-flowlayout to implement this. It renders its children horizontally (like Row) but also wraps them by moving to the new line if they don’t fit in the existing line. It also allows to configure horizontal and vertical spacing between items.

To nicely handle very long strings (that will not fit into single line themselves) you can set overflow = TextOverflow.Ellipsis and maxLines = 1 on Text. 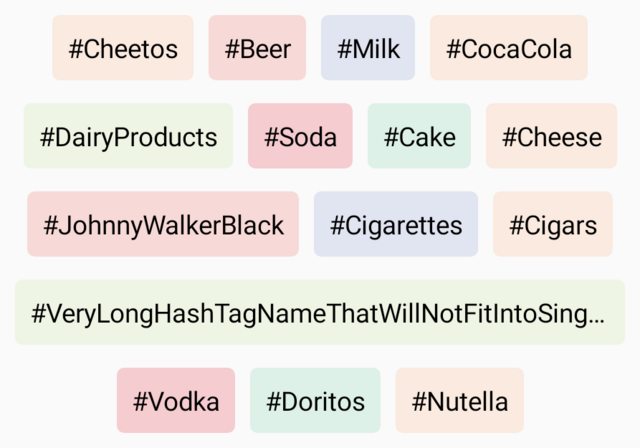 I have a device with android version 10.

Also, I have an emulator with API 22

this is a part of my build.gradle(:app) file:

It just not working on ‘android-R’

Thank you for helping me 🙂

targetSdkVersion "R" will restrict your app to only running on Android R, by artificially raising your minSdkVersion to R. This has been the case for the past several years: each developer preview only supports running the app on the developer preview itself, not older devices.

Sometime later this year, we will be able to switch to using targetSdkVersion 30, at which point normal behavior returns with respect to minSdkVersion.