I am creating a new Spring Boot project (https://start.spring.io/), and I am not understanding the different dependencies provided for interfacing with relational databases.

The point of confusion is “JDBC API” and “PostgresSQL Driver”. My app needs to connect to a PostgreSQL database. So, which of the following are true?

I have already googled about this, but there are only manuals of how to use them.

JDBC defines an API to connect and work with relational databases. The PostgreSQL driver is an implementation of this API for the PostgreSQL database.

You cannot use the JDBC API without an underlying driver to implement it. You could, however, use the driver directly, but drivers usually have very little guarantees about the stability of their APIs (other than what’s promised by JDBC, of course), so it would probably be a poor idea.

I’m trying to use API level 29 on my ionic app, and I require the app to ask the user for “Allow all the time” location. I’ve added all the suggested modifications.

However when I target Api Level 29 it doesn’t show the request for allow location all the time. 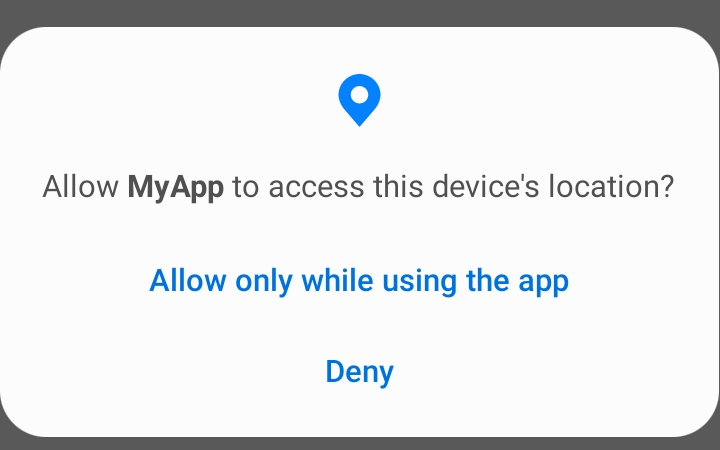 Any suggestions to make this work?

I had exactly the same problem. The following worked for me.

But i always get this error :

I’m not sure why this line exists:

You already get a credential from the parameter authCredential so just sign in with that since it’s valid.

The way the verifyPhoneNumber method works in FirebaseAuth is as follows:

Reading the mdn documentation on the difference between Function constructor and function declaration. The example specified there works on the browser and also on the node.js repl, but on trying it through a file, the node.js process crashed with this error

ReferenceError: x is not defined

This is the program

What might be the possible reason for this example not work as expected when been executed from a file with node.js?

In the Node REPL, the lexical location of where you’re typing in code is the top level, equivalent to typing stuff into the top of a <script> tag in the browser.

Variables defined with var on the top level get assigned to the global object. So, in both Node’s REPL and the browser, your

results in x being assigned to the global object.

But, in contrast, when you run the code from a file, eg node bar.js, the code that is run is inside a module – it’s not on the top level, so variables declared at the top level of such a script do not get assigned to the global object.

Constraint layout not matching parent in Nestedscrollview and all in coordinate layout. So, i am including layout file in Coordinate layout . Below is the code and Image of Layout . 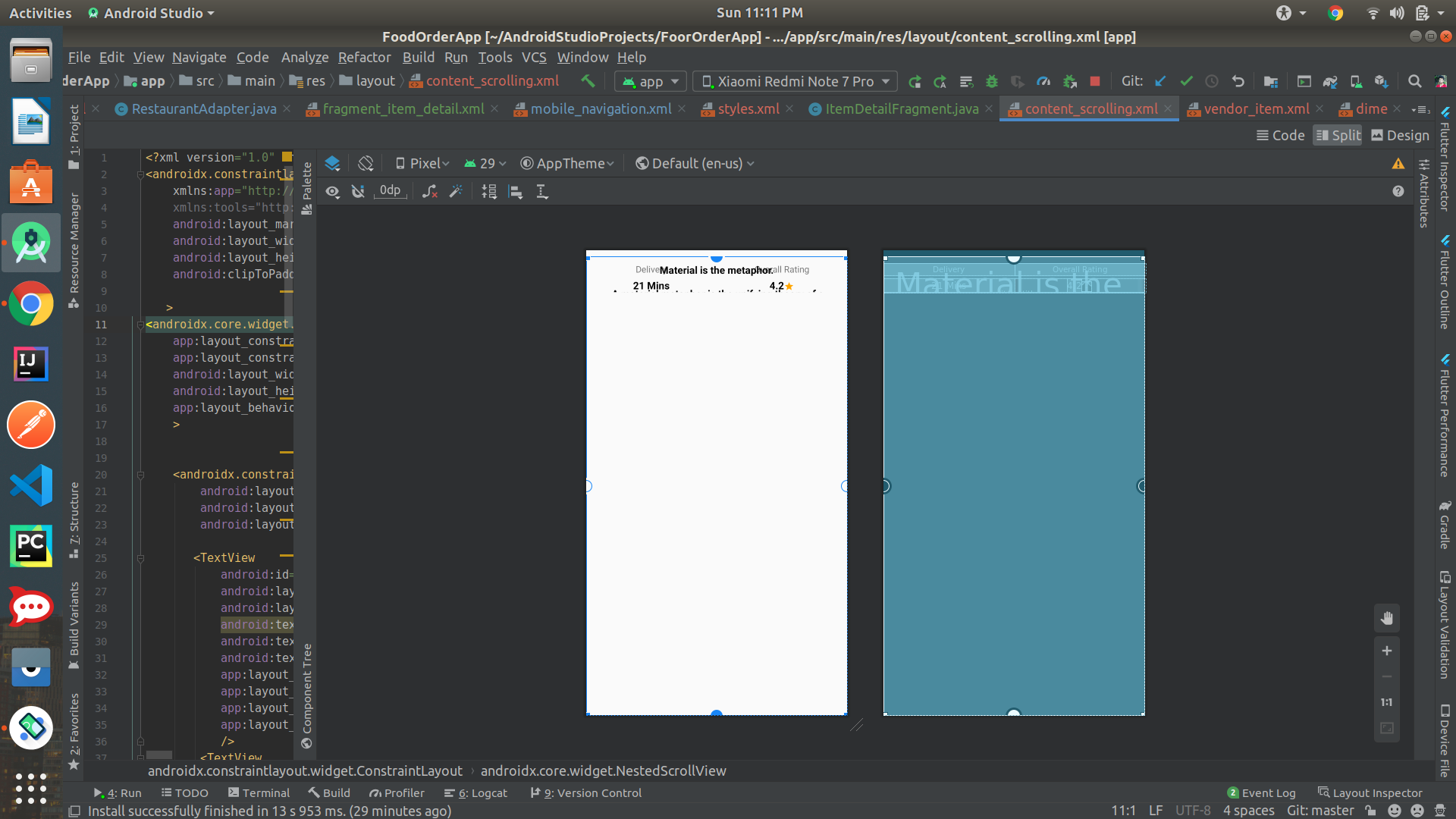 This layout is one of the child of CoordinatorLayout

Edit : I’m going to elaborate more on why this is the solution.

Remember ScrollView child’s default height is wrap_content and hence its child layout ConstraintLayout is also taking wrap_content as the height as mentioned in below image.

This is not necessary in case of NestedScrollView but its child still acts as wrap_content.

Setting fillViewPort will do the trick as it will act like match_parent or in your case, 0dp.