I was very surprised when I found out that the Facebook app on Android apparently is able to install the Facebook Messenger app without asking for permission.

I’m aware that it is possible to install an app via another app, but the user needs to confirm the installation via a system dialog. In addition to that, on newer Android versions the user needs to give the “install from unknown sources” permission to the app that tries to make install requests.

Yet, i have not granted Facebook any install permission and there was no sysyem level dialog asking me to confirm the installation. I have also made sure that Messenger wasn’t already installed before.

Im using a Poco F2 Pro running Android 10 (Miui 12). I observed the same behaviour on different devices. What kind of magic is used by Facebook here?

If you allow it to install, and check the app settings for messenger afterwards, you’ll most likely (depending on version and device) see at the very bottom what app installed it. On my devices, it says something like this: 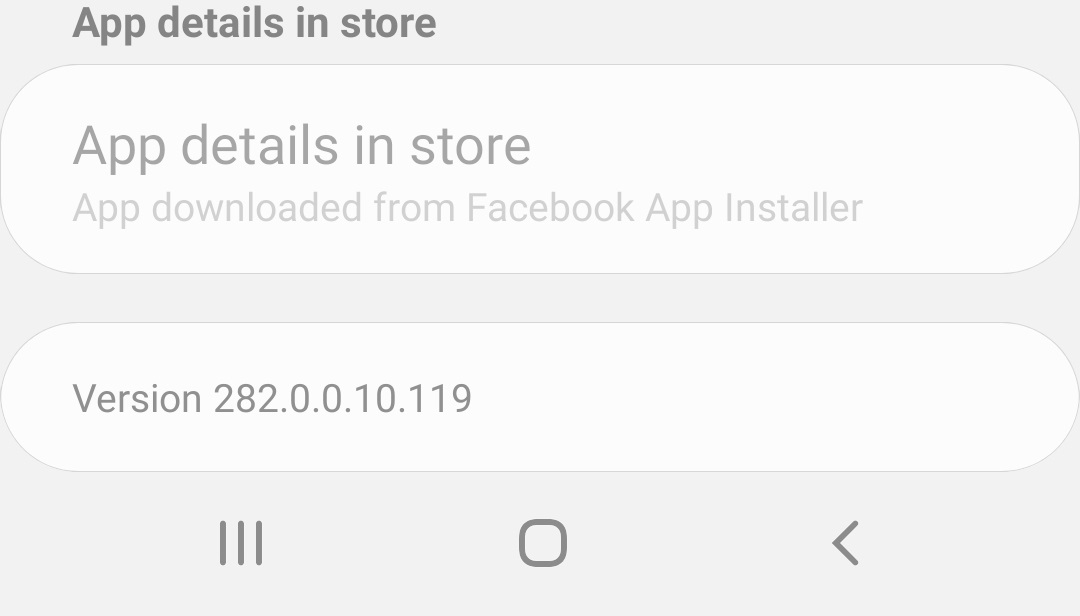 Now this is key: Notice that it’s not saying Google Play, nor Facebook itself. It mentions “Facebook App Installer”.

Now, it seems that these two apps come preinstalled on a lot of android devices (most?), and they are responsible for installing updates to the Facebook and Facebook messenger app. I haven’t decompiled these and dug into them just yet, but the fact that “Facebook App Installer” is listed as the installer of all Facebook related apps, and the fact that Facebook App Installer comes preinstalled should tell you all you need to know to answer the question here of how Facebook circumvents the permission requests to install messenger.

For the sake of completeness I’ll also mention

So to summarize. There’s preinstalled apps on your phone. All things related to Facebook are installed and managed through these two apps instead of through the usual channels.

Due to the nature of Facebook there’s quite a bit of speculation and hearsay essentially accusing these apps of data-collection on devices and other various nefarious purposes.

Searching for these didn’t really give me a lot of information: But they are nonetheless discussed on the following links. Please note that most of these links link to community content, and so they tend to contain a lot of Facebook paranoia and sensationalism.

https://www.facebook.com/help/android-app/812681095504818
This link is facebooks own help-page that briefly mentions these apps in passing in describing how to disable facebook app updates.

https://forum.xda-developers.com/tmobile-lg-v10/help/suspicious-apps-apps-section-facebook-t3415876
Briefly talks about how to remove (seems you must root your phone to truly get rid of this). It also links to https://www.theregister.com/2018/05/22/facebook_data_leak_no_account/ which seems to speculate that these two apps collect data from device even when the Facebook app (and messenger) isn’t installed on device. Meanwhile https://thenextweb.com/finance/2019/01/09/no-samsung-isnt-pre-installing-facebook-on-your-phone/ says the reverse thing; that these two apps does not collect any information on their own.

I need to setup Azure a devops pipeline to build and deploy my native Android application to Google Play store or App Center as App Bundle.

I could figure out to deploy an apk but need help to deploy app bundle(.aab). Any help would be appreciated.

See this thread for more information.

You can also use Xamarin.Android build task. And pass below arguements in Additional arguments for the build to package and sign the App Bundle:

I’ve been going through the AWS Amplify docs and tutorials for how to use Amplify and Cognito identity pools together with UNauthenticated users. The example given by the Amplify docs is:

But in practice when I use this code – I get an error printed out in LogCat:

Note: I did configure AWS Cognito to support Unauthenticaed users!

I’ve also looked everywhere for the Amplify Android API doc to see what other APIs are supported – couldn’t find any Android API docs. And looking into the AWS Amplify.Auth methods i could not find ANY function that deals with unauthenticated users

Any clue how can i use Amplify (Android) and have AWS credentials via AWS Cognito for unauthenticated users ???

This is David from the Amplify Android team. I was actually just looking into this the other day and currently there’s a hack that’s required to make unauth users work.

After setting up unauth/guest users through the CLI (as you mentioned you had) you have to call the getAWSCredentials method on the underlying escape hatch once for the app to get it to work.

Here’s a code snippet I’d written that you can run after Amplify.configure (and again, this only needs to be run once per app install):

I’m working on a solution to avoid this hack right now and adding a documentation section on Unauth users to our site but in the meantime this should get it working for you.

Again note you only have to do this once and from then on out, it should just work when you call fetchAuthSession.

Here is my Navigation 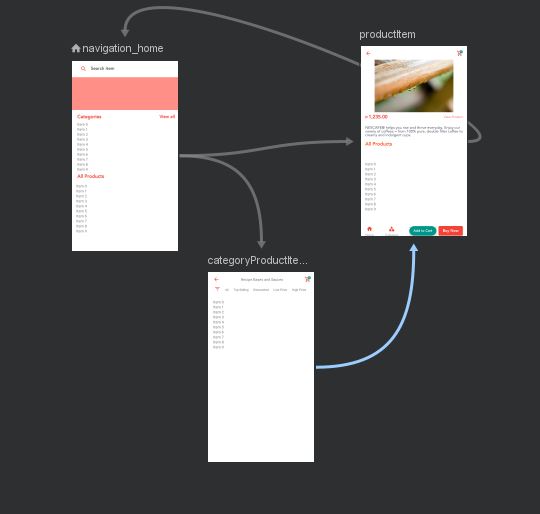 Here is my navigation code

Here is the XML code for the destination to productItem

And here is the error:

I don’t know what happened, but it seems that the navController is looking for the “navigation_home”

Secondly the issue is being caused because you are trying to call a Navigation path from B -> C, when on fragment A.

Your direction path is from B -> C

But you navigate up first so you are actually now on Fragment A when trying to execute the navigation: